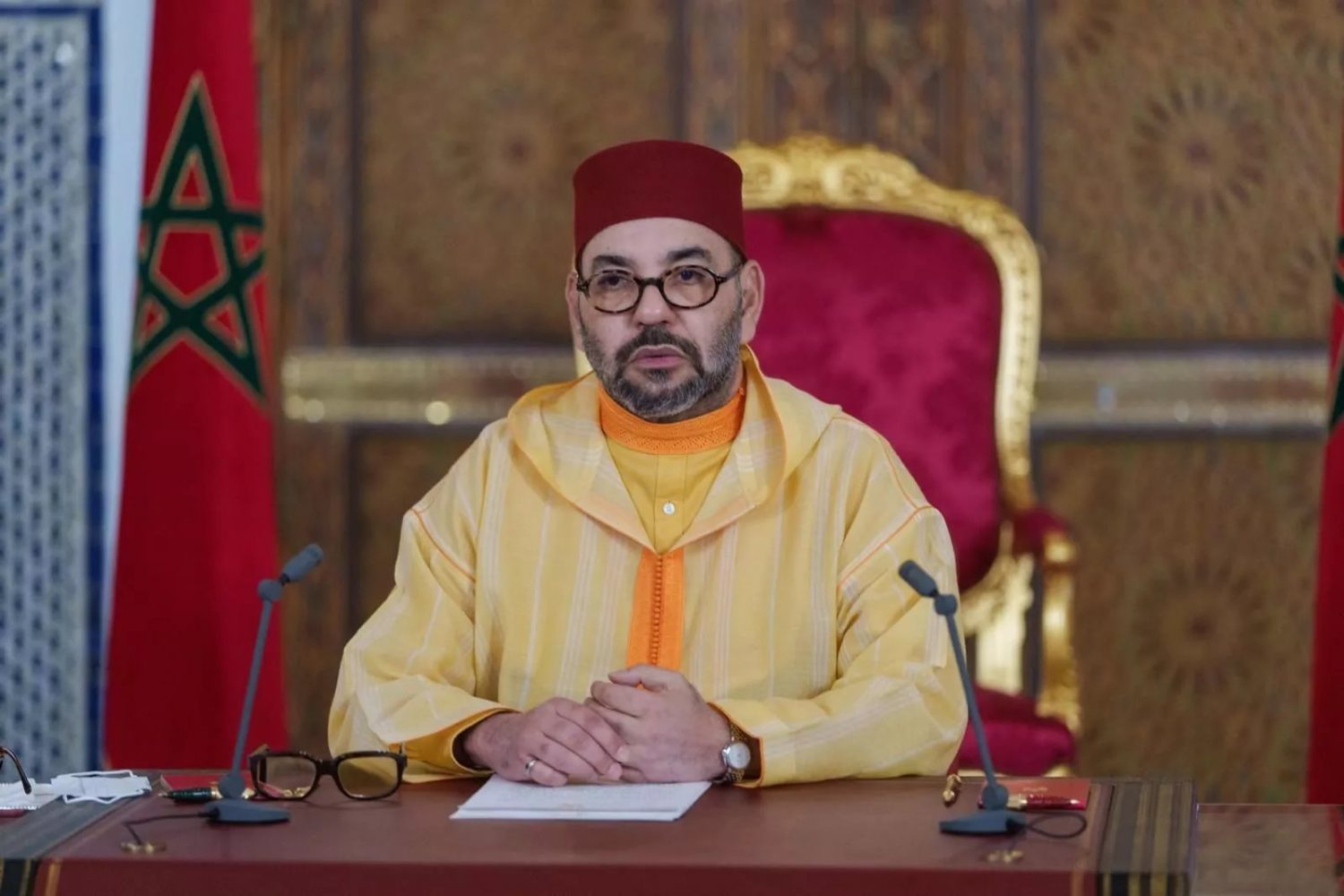 “Praise be to God,

May peace and blessings be upon the Prophet, His Kith and Kin

It gives me great pleasure to declare open this first session of the new legislative term.

I should like to avail myself of this opportunity, afforded by the Constitution, to congratulate you, Members of Parliament and also, through you, all elected officials for the trust placed in you. I pray that, together with the new government, you all succeed in your mission.

I wish, in this regard, to commend the good organization and positive atmosphere in which the recent elections took place, and say how pleased I am with the high voter turnout in these elections, particularly in our southern provinces.

The recent elections have confirmed the preeminence of the Moroccan democratic model as well as the principle of rotation in managing state affairs. What matters most is not the victory of this or that party because, as far as I am concerned, all parties are equal.

This new legislative term starts at a time when Morocco is embarking on a new phase which requires concerted efforts centered on strategic priorities in order to carry on with the mission of promoting development while facing up to external challenges.

I wish to emphasize three main dimensions in this regard.

There is, first and foremost, the consolidation of Morocco’s status and the defense of its best interests in an environment fraught with challenges, perils and threats.

The Covid-19 crisis has shown that sovereignty issues are, once again, front and center. Each country is striving to preserve sovereignty in various domains, be it in relation to health, energy, industry, food or other sectors. This situation has led to manifestations of intolerance on the part of some actors.

Whereas Morocco managed to meet its needs and supply markets with basic goods regularly and in sufficient quantities, many countries have grappled with major disruptions in the provision and distribution of these goods.

I therefore insist on the need to set up an integrated national system to manage the strategic reserve stock of essential goods and products, especially in the areas of food, health and energy. In this regard, our national needs should be regularly updated in order to enhance the country’s strategic security.

The second dimension concerns the management of the pandemic crisis and the continued efforts to revive the economy.

We have, by the grace of the Almighty, achieved a great deal in terms of protecting public health and providing support to the sectors and populations affected by the crisis.

The state has met its obligations, supplying vaccines – on which it spent billions – free of charge. It has also provided all other necessities in order to mitigate the impact of the crisis on citizens.

However, the state should not be held responsible if the citizens fail to protect themselves and their families through vaccination, the use of protective means and compliance with the measures taken by the public authorities concerned.

On a different level, the national economy is clearly recovering, despite the unprecedented repercussions of this crisis and the contraction of the global economy.

Thanks to the measures I launched, the growth rate is expected to exceed 5.5% in 2021 – a rate which we have not seen in many years and which is among the highest at regional and continental levels.

During the current year, the agricultural sector is set to achieve remarkable growth – an increase of more than 17% – thanks to efforts to modernize the sector and also thanks to this year’s good harvest.

There has also been a noticeable increase in exports in a number of sectors, such as the automobile, textile, electronic and electric industries.

Despite the repercussions of the crisis, trust in our country and in the vibrancy of our economy has remained unchanged, as illustrated by the increase – up to August of this year – in foreign direct investments and in the remittances from Moroccans residing abroad, which have risen by approximately 16% and 46% respectively.

These developments have enabled Morocco to have comfortable hard currency reserves.

Despite the difficulties and the fluctuations in global markets, the inflation rate has been kept under control – at 1% – which is significantly lower than the high inflation rates seen in a number of countries in the region.

All of these are indicators which thankfully call for optimism and hope, thereby boosting not only confidence among citizens and families, but also the entrepreneurial spirit among economic actors and investors.

The state, for its part, will carry on with this national effort, especially through public investment as well as support measures and incentives for businesses.

Despite the positive environment, we should remain realistic and continue to work in a responsible manner and with a keen sense of patriotism, avoiding any pessimism or negative discourse.
As for the third dimension, it concerns the actual implementation of the development model, and the launch of an integrated set of next-generation projects and reforms.

I hope this legislative term will be the starting point for this proactive, ambitious plan, which reflects Moroccans’ collective genius.

We should keep in mind, in this regard, that the development model is not a blueprint for development in the traditional, rigid sense of the term. Rather, it is a general framework which is conducive to action, which sets out new standards and which opens up vast horizons for everyone.

The “National Development Charter” is an important mechanism for the implementation of the development model, in the sense that it involves national obligations before the King and the Moroccan people.

The development model opens up vast prospects for the work of the government and of parliament – all components included.

The new government is responsible for setting priorities and developing projects during its mandate, in addition to raising the necessary means to finance these projects, within the overall framework for implementing the development model.

The government is also expected to complete the implementation of the major projects started, especially that of achieving universal access to social protection, which I care deeply about.

In this regard, the main challenge is to achieve a real overhaul of the health system, in accordance with the best standards, making sure the public and private sectors complement each other.

The same logic should be applied in the reform of public institutions as well as in the overhaul and reform of the tax system, an objective that should be achieved as soon as possible, using a new charter that promotes investment.

At the same time, there must be greater coordination, harmony and synergy between public policies and follow-up to implementation.

For this purpose, I call for an in-depth reform of the High Commission for Planning to turn it into a mechanism that assists in the strategic coordination of development policies and ensures follow-up to the implementation of the development model, using, in the process, precise criteria and modern follow-up and evaluation methods.

This legislative term comes at a promising time for the achievement of further progress in our country.

As members of the government and of parliament – whether you belong to the ruling majority or the opposition – you are responsible, along with all national institutions and forces, for the success of the current phase. You are therefore expected to show a spirit of entrepreneurship and responsible commitment.

With that in mind, I call upon you to take on this immense national responsibility, since the task of representing the citizens and managing public affairs at the local, regional and national levels is a sacred mission for all of us.

Almighty God says : “But he who works deeds of righteousness, and has faith, will have no fear of harm nor of any curtailment (of what is his due).” True is the Word of God. 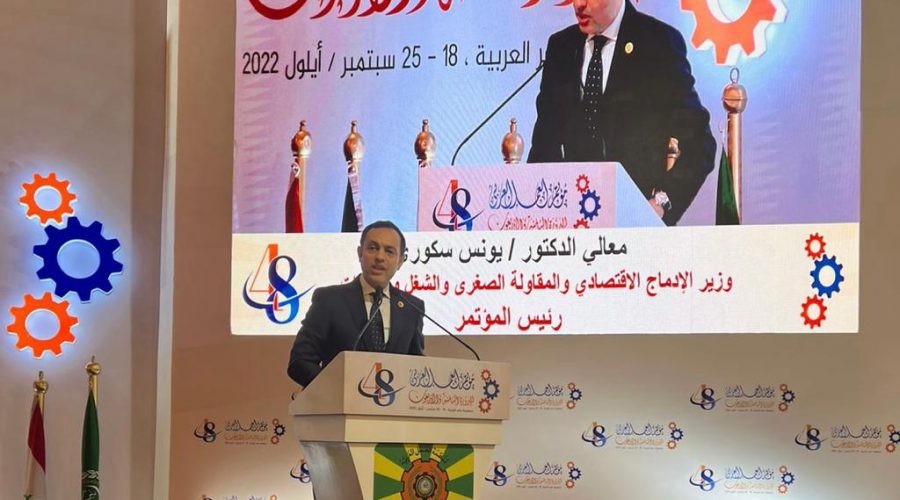 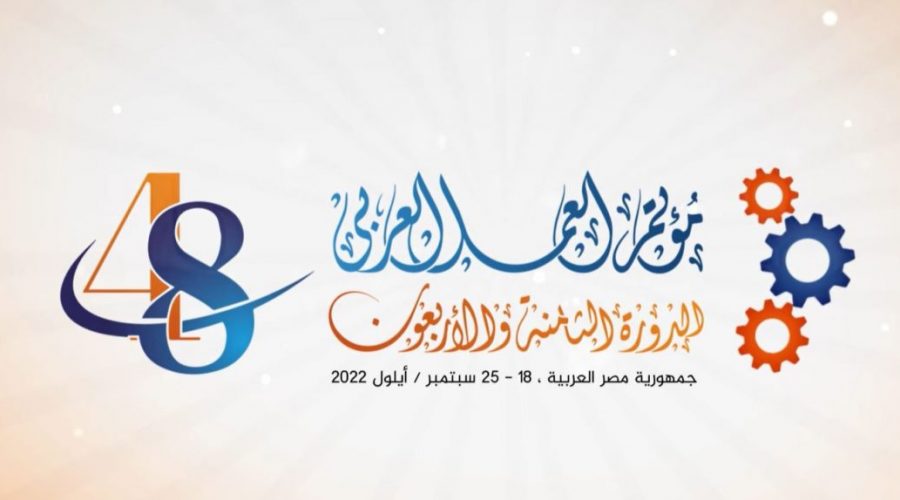 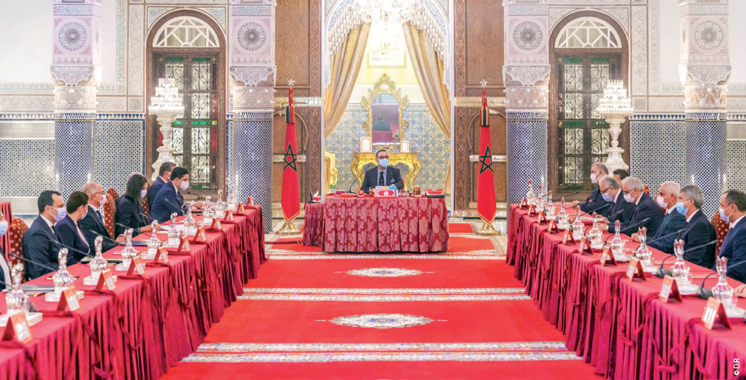 His Majesty the King Chairs Council of Ministers in Fez 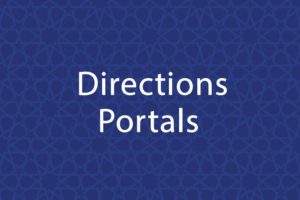